Alegria – A Humanitarian Expedition tells the story of an epic solo expedition across the Himalaya that changed the life of hundreds of people in need and reached millions around the world. In 2010, Christoph von Toggenburg cycled alone 3200km along the world’s highest tracks pulling a 30kg trailer packed with survival gear in support of leprosy patients and mentally destitute women in India,
With little air to breathe and temperatures between minus15 to plus 45 degrees Celcius he crossed mountain passes higher than 5500m mastering a total of 50’000m.
Crossing Nepal during the Maoist unrests, conflict stricken Kashmir, he encountered wonderful hospitality, found new friends, and saw some of the world’s most spectacular landscapes of this planet.
He became film-maker, actor, fund- and awareness-raiser in one person filming and editing this touching adventure entirely by himself making this a zero-budget production. 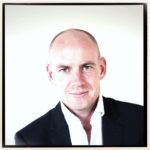 Christoph von Toggenburg has managed to change the life of thousands around the world through his humanitarian efforts. Having studied in the UK and Italy graduated with two MA’s and a BA. From 1998 to 2010 he launched three international fundraising and awareness campaigns such as Alegria, a humanitarian bicycle expedition across the Himalaya, Bike for Help a solo bicycle expedition from India to Switzerland for leprosy patients and Run for Help, a solo Ultrathon running 270km across the Alps for homeless children. He is the founder and chairman of the Colour the World Foundation helping people affected by mental illness and leprosy.
Christoph has lived and worked for the last ten years in conflict zones in Asia, Africa, the Middle East and South America working for the International Committee of the Red Cross and the United Nations helping people affected by armed conflict.
For the last 20 years he has photographed and filmed social issues all over the world. For his visual work, public talks and his humanitarian efforts he has received various international awards. He was decorated with the Commanders Cross in 2003 and was a speaker at TEDx in 2012.