Avellino – Rocchetta, the Suspension of Travel

The train from Avellino to Rocchetta Sant’Antonio (in the innermost Southern Italy), the railroad strongly supported by the scholar Francesco De Sanctis to ensure that the High Irpinia would step outside its old isolation, and used by many emigrants traveling to the north of Italy and to Europe or to the Americas, makes its last run after a more-than-hundred-year-old troubled history. The day after the train service will be “suspended”. Also the dream of the last passionate passengers is suspended, and they embark on a journey in which discussions and memories intertwine with intentions to fight. But, while someone gets on board to avert the danger of being grounded in the future, someone else, on the ground, recalls the long journeys of his past. 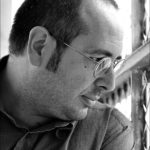 GANDHI, UNTOUCHABLES AND ME