Awakening In Taos: Trailer from Mark Gordon on Vimeo. 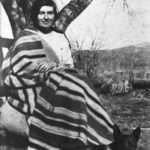 Born in Buffalo, New York, Mabel was a woman unique to her time. Her influence extended into the world of arts, music, literature and activism for social change. In her late 30’s she experienced a life-altering arrival into a small town in Northern New Mexico and embraced an Indian tribe in a way that seized the attention of the artistic and literary world. She lured progressive thinkers and artists, including D.H. Lawrence, Aldous Huxley, Willa Cather, Dorothy Brett, Ansel Adams, Georgia O’Keeffe and others to the remote town of Taos to attend her salons.

Many of these visitors stayed for periods of time and in several remained their entire lives. Mabel’s home and salons made an extraordinary contribution to the culture of Taos County and the State of New Mexico. She helped put Taos on the world map as a destination of distinctive beauty, a Mecca for artists and a place of transformational spiritual power. 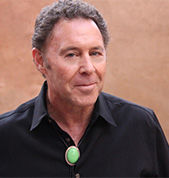 Awakening In Taos is a labor of love for Director/Writer Mark Gordon. He fell in love with the Mabel Dodge Luhan story years ago when he read Edge of Taos Desert and realized that bringing this story to a wide audience through PBS was his personal calling. Since then he has dedicated himself to doing everything possible to successfully complete this production. Mark has been in filmmaking since childhood. His uncle Phillip Krasne produced The Cisco Kid movies and television series O’Henry Playhouse for CBS, Gunsmoke and numerous films and TV shows.
Mark Gordon is a fine artist, graphic designer, photographer, web developer, and independent filmmaker.

The Hoffmans Go To France