Closer to Maarten - Offical trailer from Raymond Grimbergen on Vimeo.

It is 1999 when Dutchman Maarten de Bruijn, still in his twenties, decides to make a journey through India. At first, everything seems to go well, as he sends letters on a regular basis in which he writes enthusiastically about India and the things he is experiencing along the way.

But after three letters, the writing stops and his family fears the worst. Not without reason, because they have never heard from Maarten again. Until this day, he is still missing.

Maarten’s younger brother Hein never came to terms with this and 15 years after Maarten’s last sign of life, he decides to make the same journey as his beloved brother did in 1999. To find closure to this tragic situation and to find peace with his brother’s faith. Guided by Maarten’s letters, he follows the same track as his brother did years earlier. His father, who already was in India in 2000 to search for Maarten, accompanies his son.

But shortly before departure, a young woman called Anika gets in contact with Hein. She has met Maarten in India and so she knew him in the last days before he disappeared. She tells Hein that Maarten stayed in a small mountain village, deeply set in the Himalayas. This information learns that father Jaap searched in the wrong places 15 years earlier. Also, this Anika has a photo of Maarten, not known to the family before.

In India, Hein and father Jaap have many conversations about Maarten. About who he was, about what could have happened, about the question wether anybody is to blame for his disappearance and about how to face your anger about this.

After the first part of their trip through Rajasthan, Hein and Jaap are accompanied by Hein’s other brother Jaap jr. The three of them travel to Himachal Pradesh, in the north of the country, the area where Maarten had given his last sign of life. In everything, Jaap jr. is the contrary of Hein, rational in stead of emotional and in fact only in India to support his father, who makes this journey for the second time with all the grief that comes with it.

At the foot of the Himalayas, they get help from the local guide Negi, who is specialised in rescue missions and searches for disappeared people. With him, Hein, his father and his brother visit the remote mountain village of Pulga, where Maarten was seen for the last time by Anika. The photo that she gave Hein is possibly an important clue during the search.

Slowly, a gap occurs between Hein and his father, because Jaap notices that Hein is not finding the peace that he longs for. On the contrary, Hein is getting further away from his missing brother than ever beforre. For Hein to find closure and peace with the situation, seems almost impossible. 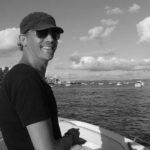 Raymond Grimbergen is a filmmaker from Amsterdam, the Netherlands. After working for many years for some famous Dutch (documentary) television shows, he now produces, directs, shoots and edits his own films, both fiction and non-fiction. WIth his first long documentary, Closer to Maarten, he now aims for an international market for this compelling and emotional story.

Snowmads - A Journey Towards Eastern Suns