Dancing as One: The Greek Community of Tarpon Springs

Dancing as One - Trailer from kostas lekkas on Vimeo.

This documentary reveals the vibrant traditional culture of the Greek community of Tarpon Springs—which has the highest percentage of residents with Greek heritage in the US. The community’s rich traditional culture has not previously been captured by videographers from the community.The 50-minute production was created by cinematographer Kostas Lekkas & director Eleni Christopoulos-Lekkas, with the assistance of the City’s Curator of Arts & Historical Resources/producer Tina Bucuvalas and public television consultant Christopher Holmes. The documentary features several individuals whose lives are intertwined with such major aspects of local culture as sponge fishing, religious customs, music, and dance. Archbishop Nikitas, a native son who frequently returns to St. Nicholas Greek Orthodox Cathedral, provides commentary on community history and culture, and community members discuss the significance of local culture in their lives. 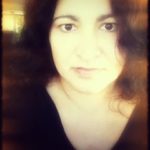