I traveled to Senegal’s capital of Dakar just to meet a Vietnamese man named Duong who sells fried spring rolls for a living and has spent 14 years in Africa. Duong shares his past, present, and attempt to figure out his future. 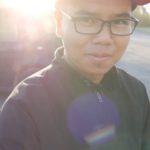 I remember the exact moment when my uncle and aunts gathered to watch my first Vietnam trip. A month earlier, my dad bought me my first mini DV camcorder to document the trip that he wasn’t able to go on. With that in mind, I filmed everything. Unfortunately, my uncle and aunts called the footage unwatchable and that it made them dizzy. Two years from that moment, I graduated high school and went to university to study history. Throughout, I still made videos for fun and YouTube allowed my friends to easily see my work. In 2010, I made a solo trip to Vietnam and filmed more videos that were still pretty awful. A classmate happened to see them and recommended me to his partner who was looking for a video guy for his real estate business. With constant work filming houses and property, I was able to upgrade equipment and more importantly, learned to edit better. In 2011, I graduated and left California and moved to Vietnam still with a primitive mini DV tape camcorder that I had to use Fire Wire to transfer the images. I continued to make travel documentaries for fun and for my friends and family while teaching full time. Eventually, more and more people watched my videos and I took the risk and slowly quit my jobs and tried to focus solely on YouTube travel videos. This didn’t work out as planned, but that’s okay. I did upgrade to digital footage and I lived in Vietnam for over five and a half years. I also got a chance to see many countries beyond Asian ones as well. Now, I’m currently figuring out life beyond Vietnam and trying to meet as many interesting people as possible. And of course, I’ll be filming as much as I can.

NORWAY Let the Journey be your Goal