If you get a kick from tales of mysterious spirits, ghostly apparitions and fantastical creatures, you’ve come to the right place. Swansea and Gower’s shadowy spaces are alive with legends of things that go bump in the night, from spectral horsemen galloping across moonlit beaches to vengeful fairy-folk performing dark magic.

It’s no surprise that this area’s dramatic landscapes and seascapes are home to so many supernatural stories. The otherworldly is commonplace here. Wander through the dark vaults of 12th-century Oystermouth Castle and you can almost hear the voices of former inhabitants echoing from its ancient walls. The magical, moody Gower coast also casts a powerful spell, its stormy seas and cliff-backed sands providing the perfect backdrop for petrifying paranormal encounters.

This is the first of the films to be released and has the theme of Legendary Adventures. 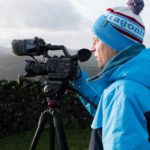