A charming story centered on a radical approach to paragliding in high mountain conditions. The peaks of the Pamir Mountains determine the movement of the solitary pilot – both on the ground and in the air. His only steady companion is his wing, which constantly sparks curiosity and becomes a ticket into local communities.

Jan Svoboda, pilot:
“In some places when you land you’re invisible. But there are countries where on landing you’re greeted by guys with machine guns who joke: I didn’t shoot you down. You could be a
terrorist, a spy, a refugee. But in the end, they’re satisfied that for them you’re nothing but an interesting, harmless lunatic, which is good to make clear as soon as possible.” 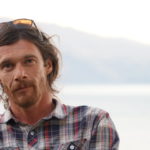