“The blue room -al-ḥamdu li-llāh” interweaves the inquirers inner and outer reality while the process of transformation – escorted by power, spirit, doubt, yielding to temptation: in the vastness of the atlas it encounters singing berbers, curative gnawas, dancing dervish and untamed beings. their incessant musical ecstasy guides him through the doors of perception towards the blue room. 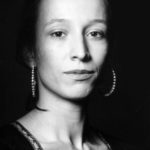 Since 2010 D’mello & Dr. Khan have been producing short films of world-melting-pop-music collaborating with actors, musicians & dancers from diverse cultural backgrounds in Europe, Indochina, Cuba, Morocco & India. the coming release is a clip from Brazil & Argentina.

Cozumel Island, a Paradise in the Mayan Caribbean

The Hoffmans Go To France