A collage of sights and sounds from Beijing, Xi’an, Nanjing, Shanghai, and Su Zhou, China. 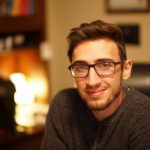 Kennedy Pope is a writer and filmmaker from the Georgia/Alabama area in the United States. He has written and directed various shorts–including The China Collage, Manos Cubanas, and The Fall. He has also written one feature length film, Nightjars; and one short film, The Best Little Neighborhood in Chickasaw County, which made it to the semifinal round of the BlueCat Screenplay Competition.

From CALIFORNIA to NEVADA

Snowmads - A Journey Towards Eastern Suns