The Guardian of Naturia

The Guardian of Naturia from Ideias com Pernas on Vimeo.

There is a place where Nature is found in its most primordial, authentic form. In Pampilhosa da Serra, between the hills and a magical mist, we can see Naturia. As the legend goes, such place is protected by a spirit created from the natural elements that has been, for centuries, the guardian of this sacred temple.

“The Guardian of Naturia” tells the story of a hidden treasure of Nature, that only the purest of heart can see. 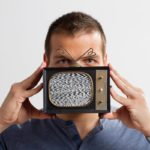 With a degree in Tecnologia da Comunicação Audiovisual (Technology of Audiovisual Communication) by the Instituto Politécnico do Porto (Oporto Polytechnic Institute), David Mendes is a director and sole manager of Ideias Com Pernas with a vast experience in the creation of promotional films and commercials, as well as directing television content. He has advanced skills as a camera operator and colourist. In the last three years, has won more than 30 International Awards with tourism films.
His body of work includes creating and directing every episode of the television show “Minutos Mágicos”, broadcast by SIC Television, directing “Gala da Magia Coca-Cola”, the television spots “Corta com a Violência” and “Fora do Baralho” as well as several promotional and institutional films for brands such as Mercedes, KPMG, L’Óreal, Optimus, Salsa, Majestic, Moscatel de Setúbal, Nogueira’s Fire Food. He has also directed major live events such as fashion shows and music concerts.