The last adventure of The Gandul. Diary of a shipwreck

A group of friends without any nautical experience and an experienced Captain go on board a catamaran named Gandul. They meet at the Canary Islands with the purpose of crossing the Atlantic Ocean and arrive to the Barbados Island five weeks later.
During the crossing we’ll live unique moments, all amidst an amazing scenery. We will live the adventure with them.
At the same time we will hear the testimonies of people who crossed the world alone on board a sailboat as an adventure or sport, a lifestyle and way of thinking.
Weeks later, on the way back to Spain the catamaran gets surprised by a huge storm in the middle of the ocean which causes the shipwreck of the Gandul. 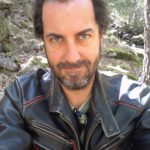 Madrid, Spain 1968. Producer of more than twenty Spanish feature films such as “The other side of the bed”, “Soccer days”, “Torremolinos 73”, “The friend zone”, “Game of werewolves “, “Bad day for fishing”, etc.; tv series: “Maneras de vivir”; documentaries: “The Railroad All Stars”, “The crime of a bride”; stage musicals and plays –“Hoy no me puedo levantar”, “Grease”,” Days of wine and roses”, “Closer”. He has also worked as an screenwriter, tv programmer , independent exhibitor and occasional actor.
The short film “Return to la Alcarria” was his first work as a director and received an Spanish Academy nomination in 2015. The documentary “The last adventure of the Gandul” is his first feature film.

Moments of a Walk with Pilgrims