Mallorca is known to many travelers only as a party island. But the island also has a different side: pure nature. Adventure Mallorca approaches the natural side of the island with an unmanned airship. This is how film recordings are made as they have never been seen before. The documentation also shows people and their projects on the topic of environmental protection. Their common question: Will the mass tourism be stopped so that the beautiful side of the island will survive? 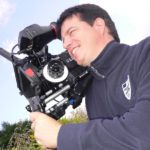 Andreas Ewels is a director and author born 1969 in the German town of Muenster. 25 years ago he started filmmaking and until today he is traveling and filming all around the globe. Since 2001 he works for the ZDF, a German public-service television broadcaster based in Mainz. Until today he filmed over 200 long documentaries in over 100 countries. Most of his films deal with wildlife, wonderful countries, people and nature. For his work, he has received numerous international awards and honors.