In Cappadocia, the story of civilization begins with the rock carving. The rock carving was a major breakthrough for survival in natural habitats and during the wartimes. A mysterious mega underground cities were carved into the soft volcanic rocks in the central Anatolia by Hittites, Greeks and Romans.

The underground cities were built with the knowledge and the most sophisticated defence systems well beyond its time. Ancient rock carvers in Cappadocia mastered in the art of crafting columns, arches, churches, houses and tunnel networks so unique of their times.

Cappadocia was a stronghold for early Christians thanks to its underground communal life and the sophisticated defence system. Underground Cappadocia gives valuable messages about ancient civilizations and co-existence with the difficult environments in the nature. 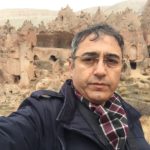