We Call This Home

In 2011, Walter Chang quit his job and embarked on what would become a 3 year backpacking trip to 60 countries. His travels resulted in the “We Call This Home” project. The viral short film and the accompanying hardcover photography book (created via a Kickstarter campaign) have inspired countless people across the world to explore our planet. 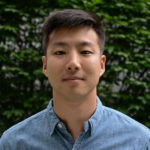 Walter Chang is a photographer and filmmaker based in New Jersey and graduated with a film/television degree from New York University. He recently returned from backpacking three years around the world to 60 countries capturing his experiences through a video/photography project titled “We Call This Home“. The project resulted in a viral video and a crowd funded fine arts book through Kickstarter.

Cozumel Island, a Paradise in the Mayan Caribbean