Bozkir Look At The Birds

Abdullah and Cripple Ziya are gun dealers in the Bozkir district of Konya. They put honesty, honor, and dignity before anything else. Even though Abdullah and Cripple Ziya have opposite personalities, their friendship and partnership go back many years. Abdullah has worked hard and finally bought the horse he has been dreaming of. Now, all he wants to do is to marry his beloved Emine and build a happy life. Cripple Ziya lives one day at a time. He has no intention of settling down, he only cares about spending his money for his own happiness. One day, Abdullah and Cripple Ziya visit Abdullah’s friend Bekir the Potter whom Abdullah has known from his time in military service. They find out that Bekir is not home. His wife Suheyla invites them in and serves them a cold beverage. When Abdullah steps out for a mere second, Cripple Ziya harasses Suheyla. When Abdullah comes back inside, Cripple Ziya runs away. Abdullah starts chasing after Cripple Ziya in the middle of the deserted hills of Bozkir. Abdullah kills Cripple Ziya with a single bullet for his disgraceful behavior. He admits to his crime with regret and anger and turns himself in. However, he finds the conditions in prison unbearable. During his trial, he recants his admission of committing the crime. Instead, a local man named Erol Kara takes responsibility for the killing. Abdullah is released, but now, he’s despised and alienated by the villagers because of his denial. What he has done was in fact a celebrated act since it was regarded as “having saved the town’s honor”, but denying it makes Abdullah both a liar and a person who killed his friend. Abdullah’s widowed sister Ayse is also insulted by her neighbors. Abdullah’s fiancée Emine leaves him, claiming that her father gave no consent to the marriage. Erol Kara who takes the blame and recovers the town’s honor becomes the brave hero of the town. Abdullah realizes that the biggest mistake he made was to deny having killed his friend Cripple Ziya. Abdullah goes back to prison. He confronts Erol Kara. He serves his sentence. 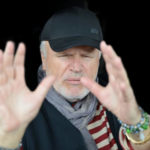