Of travel and gravel

The Tagliamento divides Friuli Venezia Giulia in half, generating a multitude of different microcosms, linguistically specific with shifting lifestyles and imaginative tales.
To fully describe the kaleidoscopic shape of the river which, from Forni di Sopra, begins its thunderous descent until calming down around Rosa Vecchia (San Vito al Tagliamento), we decided to weave fiction and documentary, recounted stories and the words of scholars, in an attempt to portray not only the complexity of the matter, but the entire, rich palette needed to paint the picture. 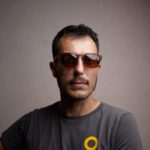 The Boy and The Mountain

Get Away for a Day with Allyshia Renay: International Edition - Japan!