A Visual Journey through Iran : Sistan and Baluchistan

A Visual Journey through Iran : Sistan&Baluchistan from Ebrahim Mirmalek on Vimeo.

‘Sistan and Baluchistan’ a south eastern province in Iran, with vast lands of rugged, mountainous terrain, bordering the neighboring Pakistan and Afghanistan, where smugglers often illicitly enter in and out of the lawless borders, surviving from the poverty inflicted by the high rising unemployment. A long-forgotten province, isolated due to its relentless droughts and desolated lands with people repleted with pride and poetry, bonded to their ancestral soil. This is a brief visual journey of my overland trip to this long-forgotten land, blotted in the minds of most people with fear and misery. I travelled 2 months from Sistan all the way down to Baluchistan, enraptured by the hypnotic landscapes and welcomed by people still fueled with life and honor. this short video was made spontaneously without any previous planning, pieces of moments that struck me deeply during my journey all put together to briefly portray one of the most enigmatic and historical places in Iran. 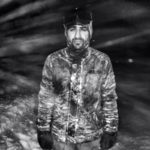 Born in the US and raised in San jose, California, he moved to Tehran, Iran along with his family after the Iran/Iraq war in 1989 and has been residing there for almost 20 years, and has since Worked as a photographer and video editor globally on numerous personal and editorial projects. He has traveled extensively exploring diverse cultures in various countries and continents, documenting people while connecting with them and having the privilege of entering their worlds.