Cyprus from InEnArt on Vimeo.

The island of Cyprus in the Mediterranean is divided since 1974 in a Greek and Turkish part. The film follows Greek and Turkish Cypriots attempts to cross the border from the year of 2000 until 2012. In 2000 the border is impermeable, both parts of the island are divided strictly. ‘Seeds for Peace’ is an UN coached program for youngsters and the only platform, where people can meet. In 2003 the Turkish Northern Republic of Cyprus opens the border unexpectedly. The film joins people from both sides, visiting their former homes for the first time after nearly 30 years. Tears of joy and pain pattern the relationships on the island until today. In 2012 the borders are permeable, but the political crisis remains unsolved. 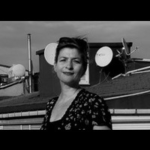 Sabine Küper-Büsch chose Istanbul as her residence in 1992 and is a strict but loving critic of Turkey and its development process. As a correspondent for the German news channel n-tv she has traveled to destinations like Tehran, Damascus, Cyprus and Baghdad since 1997. She’s one of the founder’s of Diyalog derneği, an association of artitsts living in Istanbul. Chief editor of www.inenart.eu, an international plattform for digital dialoges on the fields of art and culture.