Since 1979 the Islamic Republic of Iran has been represented in the western media as the greatest danger to world peace.

Iran has been portrayed as the enemy of Humanity and Freedom.

The U.S. Department of State, The UK Goverment and the Forign Ministries of their western allies regularly warn citizens not to take any trip to the axis of evil.

„If you choose to travel to Iran against this advice you are strongly advised to limit your stay to the minimum period possible.
There is a high risk that you may be arbitrarily detained in Iran.
Any behaviour, no matter how innocent, that does not have an obvious explanation can put you at risk.
Your hotel rooms and telephones may be monitored, and personal possessions in hotel rooms may be searched.
Taking a photograph in improper places could result in serious criminal charges, which carries the death penalty.“
Exstracts from UK Foreign Travel Advice.

This movie, shot by a small pocketcamera (Ixus 220 HS) during short visit to Tehran, shows the real faces of great Iranian people. 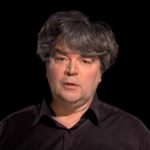 Born on 7 July 1960. Graduated as a theoretical mathematician and philosopher. Mart Raukas worked 25 years as a professor of philosophy (history of philosophy and classics) at the main universities of Estonia – in Tallinn and Tartu.
He is also a painter, a broadcaster, a public speaker, a composer-musician and a filmmaker. Philhellene. Since 2013 lives in Magnesia – Thessaly – Greece.
His focus is on an Ancient (Classical) Greek subjects for understanding of the problems of contemporary world.

Journey to JOYCE'S VILLAGE – Creating the Place of Hope

Once Upon a Time in Cappadocia