Journey to JOYCE’S VILLAGE – Creating the Place of Hope

Journey to JOYCE'S VILLAGE – Creating the Place of Hope | Trailer English from c-studios on Vimeo.

A documentary by Christoph Ph. Nick

Zambian grandmother Joyce Sikota has lost all but one of her children to Aids and was left alone and overwhelmed with seven grandchildren. But now she is going through a healing process. With the help of her only surviving daughter Annie and her visionary son-in-law Michael, she finds solace, hope and delight. Together, they turn Joyce‘s backyard into a vibrant home for a joyful group of orphaned girls and elderly ladies: Her village Liyoyelo – the Place of Hope.
When the partnership with a German school develops into a visiting programme, Joyce‘s village Liyoyelo becomes the meeting place of two different worlds. 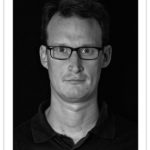 Christoph Philipp Nick, 36, is an independent German Filmmaker and Multimedia Art Director with fifteen years of professional experience in the media sector. He has recently relocated to Germany after living in Zambia for six years. In addition to project-based freelancing, he produces his own films, focusing on documentaries.

As he believes, the strength of inter-human understanding and the powers of sympathy and antipathy are ideal means to attract the viewer’s attention, he explores the topics of his films through individuals. Besides currently working on two long documentaries, he has a growing passion for short format portraits. He is currently exploring this genre by delineating ordinary characters through their main every-day activity.

Journey to JOYCE’S VILLAGE is his debut feature-length documentary.