A stateless woman crosses the river between Thailand and Myanmar with her 5-year-old son to find a job in the city. On their journey, they meet a mysterious monkey mascot who takes them to an unexpected destination with a colorful Ferris wheel. 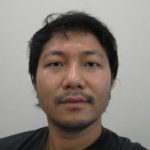 NIGHT IS MEANT FOR SLEEPING