A bus stops at the only village’s intersection, where the traffic light is stuck on red. The bus driver refuses to move forward, which provokes a conflict. A story about the funny side of apathy, selfishness, and loneliness in a world where following the rules is a misunderstanding. 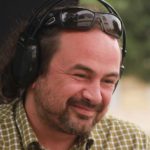 TOMA WASZAROW is a director, producer and editor. He studied Film and TV Directing at SW University, Bulgaria. Participated at Berlinale Talent Campus, Sarajevo Talent Campus, TOSMI, How to Say It. His director’s debut -the multi-awarded short film “The Kiss”- was seen by more than 13 millions of viewers in YouTube. His short film “Red Light” was mentioned in Cineuropa as one of the top 5 short films of 2016. In 2015 and 2016 he was awarded by the Bulgarian Film Academy as the best film editor.