Phoenix – A Story from the Diaspora

On the 28th July 2008 the Grand Pier at Weston-super-Mare in Great Britain was utterly destroyed by a catastrophic fire … tearing the heart out of the small seaside town.

The historic building was crucial to the economy of the town and had only recently been purchased by Greek Cypriot siblings, Kerry and Michelle Michael.

This is the story of how the Greek Cypriot community in Weston-super-Mare came together to support the Michaels in their determination to rebuild the Pier … bigger and better than before!

But the question on everybody’s mind was … Could this magnificent building be rebuilt to it’s former grandeur?

Would a Phoenix rise from the ashes? 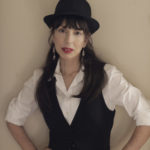 The Duchess of Cancun

An Ode to Arezzo in Flow Motion