The Art Of Moving

THE ART OF MOVING Official Trailer from Liliana Marinho de Sousa on Vimeo.

A group of Syrian video activists is threatened in south-eastern Turkey for their anti-Isis comedy sketches and relocates to Istanbul with a plan to set up a new political and satirical TV show. However, unexpected events force the group to decide, one by one, whether and how they can continue. 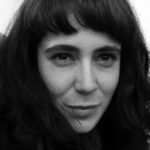 Liliana Marinho de Sousa was born in Germany in 1982. While and after completing her first studies in education with the focus on intercultural communication in 2008, she worked in the social area with deprived youngsters, women and refugees.
She got into documentary filmmaking through an educational media project, where she supported educational documentaries for a youth audience. In 2010 she began studying documentary cinema. In 2014/2015 she volunteered for 1 year in a documentary filmmaking production & NGO in Istanbul, where she shot her documentary project “The Art Of Moving” about Syrian videoactivists based in Turkey.