Against the Tide: A Journey for Climate Hope

In 2017, a group of young leaders from states on the front line of climate change and marine degradation joined Peace Boat’s 95th Global Voyage in Barcelona as a part of a new programme to highlight these crucial issues. These young women and men, between 19 and 26 years of age, were from the regions of the Pacific Ocean, Indian Ocean and the Caribbean. Over the following three weeks, they visited Lisbon, Bordeaux, London, Edinburgh, Reykjavik and New York. In every port, they connected with civil society organizations and government agencies bringing their message to citizens and government representatives throughout the voyage. The film portrays their experience and raises awareness about the fragility and vulnerability of the small island states.

Luis Barreto is a Colombian national with a background in graphic design who worked for several international agencies in Medellín until he moved to London looking for new opportunities. While in the UK, he discovered his passion for photography and video and began to travel around the world applying his skills to assist community-based organizations and NGOs spread their message using multi-media, video, photography and online/print advertising material through the consulting company Zoom In Projects (www.zoominprojects.com). Luis Barreto’s work has been featured in multiple magazines and exhibitions including at Kensington and Chelsea College, London, Botanical Garden of Medellín, and as part of a collective exhibition in New York entitled Art Takes Time Square. 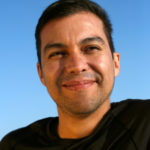 The British Backpacker Society: Across the Sahara

The Ario Dream - The Quest for Europe's Deepest Cave