A documentary film celebrating the snow sports history, culture and memories found in the community in Southern Ontario’s Blue Mountains. Gathering over 75 interviews and stories, the film showcases the innovations and unique history in a snow sports region with less than 750 vertical feet of terrain. 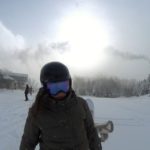 THE GERMANS - On Tour

One Response to “Snow People”